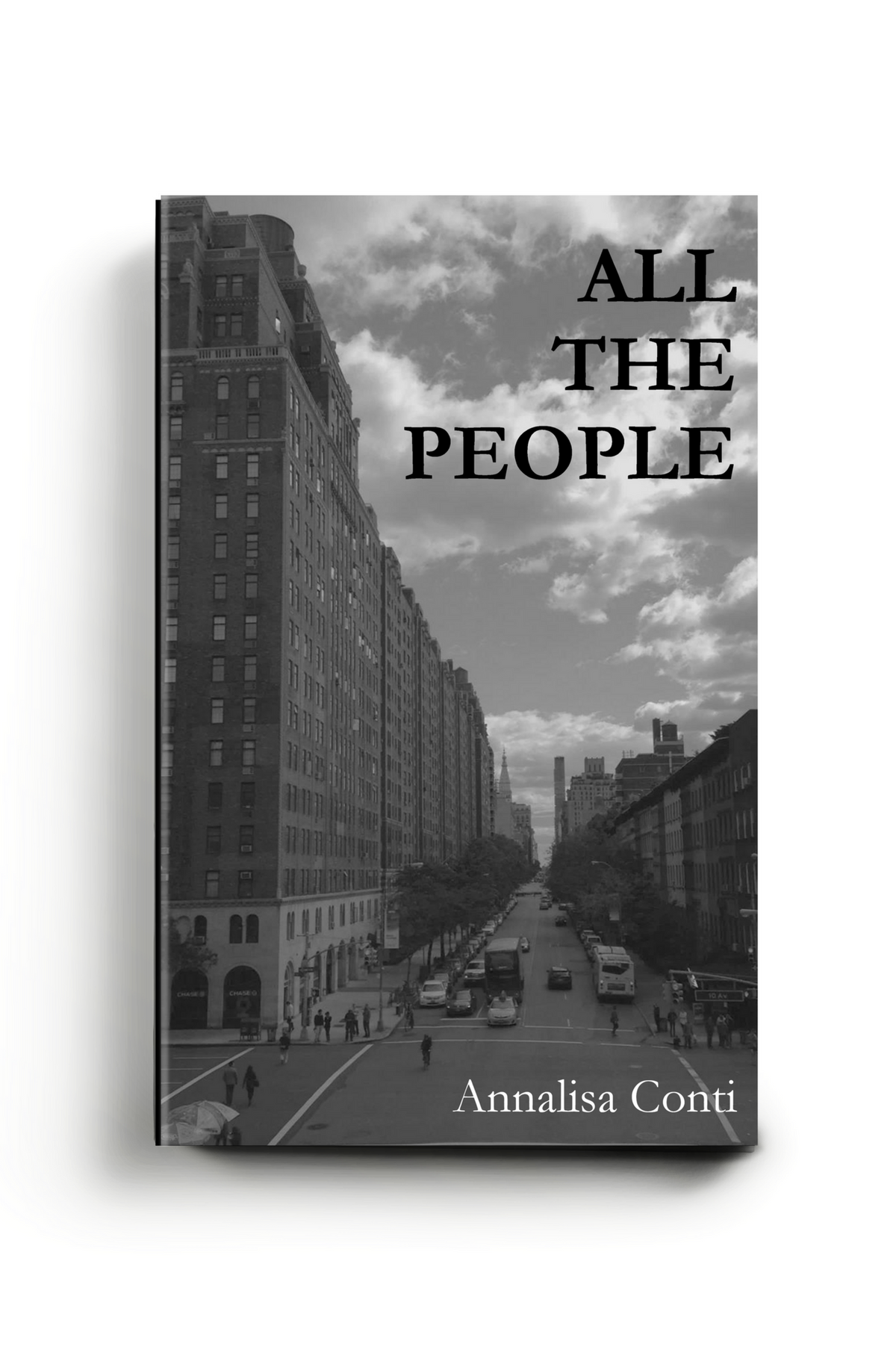 On writing: ALL THE PEOPLE

My first novel, ALL THE PEOPLE, came from a simple idea: what would some of my favorite literary characters look like if they were living in contemporary New York City?

The first one who came to my mind was Daisy, softly painted by Francis Scott Fitzgerald in one of the best American novels, The Great Gatsby. The Daisy I read in the book was a woman who had loved but she had lost hope for that love to last, and she had decided to marry another man. My Daisy in ALL THE PEOPLE is called Sylvia Fischer, and she is the protagonist of the novel. She is a woman who has suffered in her past, she has been abandoned by her Gatsby and she has decided to face the challenge, moving forward with her life.

Emma, Jane Austen’s marriage-arranging heroine came in close next. Emma in contemporary New York City would be annoying, nosy, and overly excited by the idea of putting people together, of planning dates between men and women in her entourage. She became Leslie Connors in ALL THE PEOPLE, a woman with good heart but too high expectations, prone to depression and ready to place hurdles on her own path.

When I wrote ALL THE PEOPLE I was in the middle of my Les Misérables mania: I had just read Victor Hugo’s massive novel, I had watched the Broadway musical and learned most of the lyrics by heart, completely taken by a deep fascination for the adventures of Fantine and Cosette, and the personality of Jean Valjeant. In my novel, Hugo’s protagonist became Mr. Sommersville, a widower who fears his only daughter is going to leave him soon to face certain demise and desperation with a man she just recently met. My Mr. Sommersville is a big and sad man, someone who has suffered too much and is just looking for some peace in his life.

Last came Bradley Hampstead: in ALL THE PEOPLE he is an artist who uses many visual techniques at the same time, combining them to obtain innovative results that communicate to the viewers’ eyes what he is not able to express with his words. He is a young man who suffered from the loss of his brother at a very young age, and he was never able to recover from losing such a key part of himself. Bradley is my modern grown-up version of J. D. Salinger’s Holden Caulfield: I imagined the violent teenager evolving into a lonely quiet man.

While I was writing about these four characters, I quickly realized that I needed something to connect them, I needed to give them a role in a broader novel. Dr. Alexander Williams is a combination of myself, my husband, and many people I know; he is my way of channeling the rational and kind people that surround me into one shell.

My psychotherapist Dr. Williams is the one who helps the four characters understand their issues, face and overcome them, as much as he can. Each character represents a component of Dr. Williams’ life, and of everyone of us: Mr. Sommersville is the father figure, and I created him as the image of our relationship with our parents. Leslie Connors is the female figure, and she represents Dr. Williams’ interactions with the women in his life. Bradley Hampstead is the male figure; he is the reflection of Dr. Williams himself, and he is also the character who helps the Doctor the most in his own efforts to read into his own mind and heart. Sylvia Fischer is the question mark, the things we cannot decipher in our lives, all the people we cross path with, and we lose track of in a foggy night.